It’s that time of year, time to remember and give thanks.

We want to honor once again the recipients of the 2017 ICAA Utah Chapter Awards: 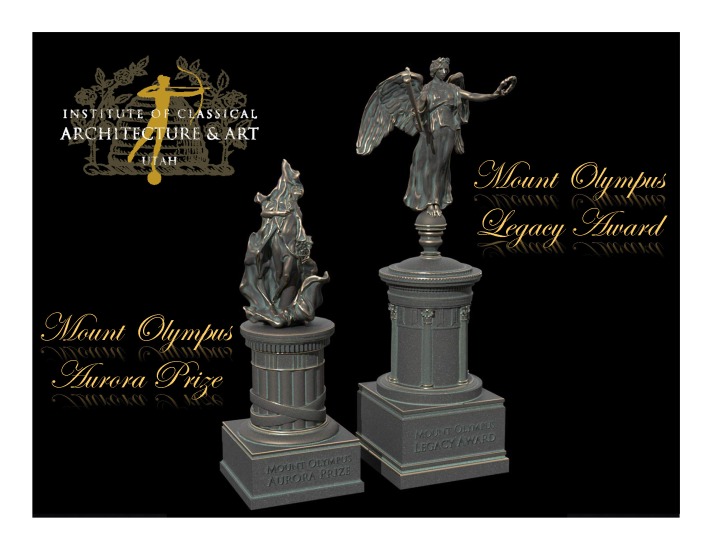 These individuals represent the highest aspirations of the Classical tradition in Utah. Their talent and commitment to excellence inspire all of us to learn from the past and create enduring beauty for the future. Congratulations to each of our award winners!

Brief description of the awards:
There is nothing more old and nothing more new than the Classical. It is the perennial tradition.  The Mt. Olympus Awards, designed by ICAA Utah member and artist Joseph Brickey, symbolize this eternal dialogue between the new and the old. While the Classical tradition is often maligned as mere copying of the past, those who follow its path find that measuring up to the best in history is far more challenging than it appears. Emulation is part of tradition, but to survive a tradition must stay fresh and relevant, and we revere those individuals who say something as old as truth in a new way.

Recipients of the Mt. Olympus Awards exemplify these two ends of tradition. The Mt. Olympus Legacy Award honors an individual who, having attained the narrow peak of excellence, reaches back to the inexperienced and the tentative. These are the teachers. They lead by example. Their work speaks for itself. They have carried the torch and now offer it to others.

The Mt. Olympus Aurora Prize is awarded to an individual who demonstrates exceptional promise for the future of the tradition. Aurora, goddess of the dawn, is the name we give to lights in the heavens that appear like flames. The Doric pedestal for this award is simple, even crude, compared to the refinement of its Corinthian counterpart, yet it is the foundation from which emerges the flame of hope and promise.

Of course the Classical tradition transcends just art and architecture. The President’s Choice Award seeks to build bridges and find inspiration beyond the boundaries of the visual arts. ICAA Utah President Paul Monson chose two musicians — violinist Erika Hubbard and vocalist Rachel Morris — to receive this award, an original watercolor by Monson from his recent travels to France. The 2017 award represents a challenge to artists and architects to learn from the way musicians are taught. While tradition and master copying is still valued in music pedagogy, it has been lost in education for art and architecture, resulting in an extreme contrast in levels of achievement. Young musicians regularly rival the greatest of all time, yet when was the last time you saw a high school student who could sculpt like Bernini or paint like Raphael?

The mission of the ICAA is to promote and celebrate the Classical tradition in art and architecture. These four exemplary individuals from Utah embody the best of that tradition and we congratulate them once again for their achievements! 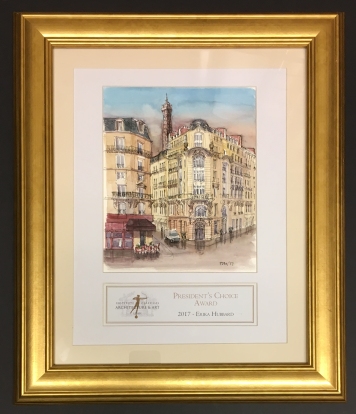 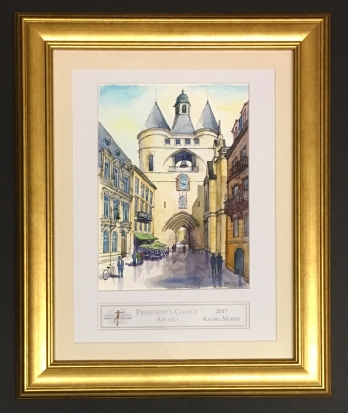 View all posts by utahchaptericaa