In this series, Dr. Christensen and Prof. Djordjevitch alternate in leading audiences through an exploration of unfamiliar masterpieces in art and architecture, their historical backgrounds, and the lives and inspiration of their creators.

All lectures are free and open to the public. Lectures are held Fridays from 4-5:30 in the following locations: 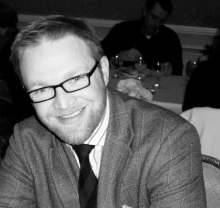 Micah is a scholar of European and American fine art. He earned his Masters of Fine Art from Sotheby’s Institute (London), where he worked in several royal, private, and public collections. His Masters dissertation explored the life and work of the Spanish painter Joaquín Sorolla.

For his doctoral thesis, Madrid, Rome, Paris: The Education Nineteenth-Century Artists, Micah spent ten years in more than 40 museums in France, Italy, Spain, the United Kingdom, and United States to research the classroom practice and patronage of artists. He subsequently lectured on the subject throughout Europe, including at the British Library and for Cambridge University.

Micah sits on the Board of the Springville Museum of Art, the Utah Institute of Classical Art & Architecture, and the Beaux-Arts Academy. He regularly writes for Fine Art Connoisseur Magazine. As a consultant, he works with private and public collectors around the world, and consults with artists with an interest in classical education. 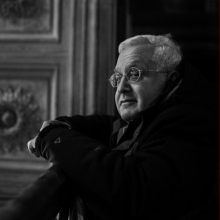 Throughout the 90’s he worked as one of the two architects for the Agora Excavations of the American School of Classical Studies, Athens. In 2001 Michael began teaching at the University of Notre Dame’s Architecture program in Rome. From 2011 to 2014 Michael was the Academic Director of the Institute of Classical Architecture and Art’s Beaux Arts Atelier in New York and its one full time teacher, teaching courses in Design, Theory, History, Field Studies, etc.. He also works as a design consultant.

View all posts by utahchaptericaa