Classicism is a body of knowledge, both theoretical and practical. As such, it can be learned, expanded, and adapted to changing conditions. Classicism Defined is the first in a series of courses aimed at teaching the classical design process. This first course introduces students to the fundamental difference between Classical and Modernist Theories.

Establishing the premise that classicism is not a style, but both a theoretical and specific methodological approach to design, this course defines the classical design process with an introduction to the following core subjects and an abbreviated introduction to each.

The primary purpose of the introductory course is to give students a general knowledge of the core topics and how they interrelate. The subsequent courses are meant to give the students a greater working knowledge of each subject. 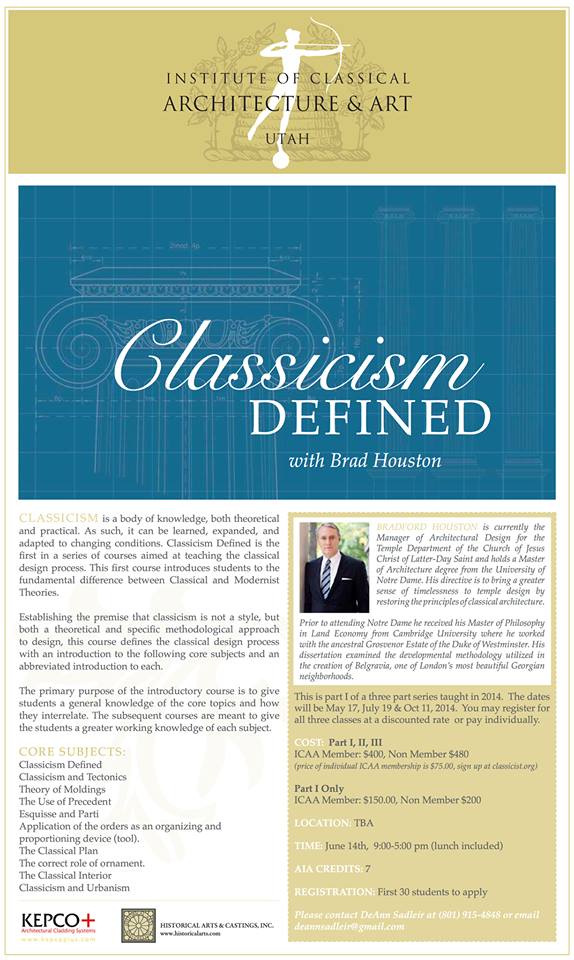 View all posts by brandonro